Heavens on Earth: The Quest for Immortality and Perfectibility - 23.05.2017

Dr. Michael Shermer to give world-premiere talk in Luxembourg hosted by AHA Letzebuerg, at the Campus Limpertsberg of the University of Luxembourg on 23rd May 2017, 8:00 PM.

With the rise of political Islam, terrorism, as well as nationalism and identity politics in the West and the increased pressure on free speech, how can science contribute to humanity's continued moral development? Dr. Michael Shermer argues, in his new book “Heavens on Earth”, science and reason, rather than religious beliefs about life after death, are the best means we have to create a more just and free world, leading humanity towards a better future.

Heavens on Earth: The Quest for Immortality and Perfectibility 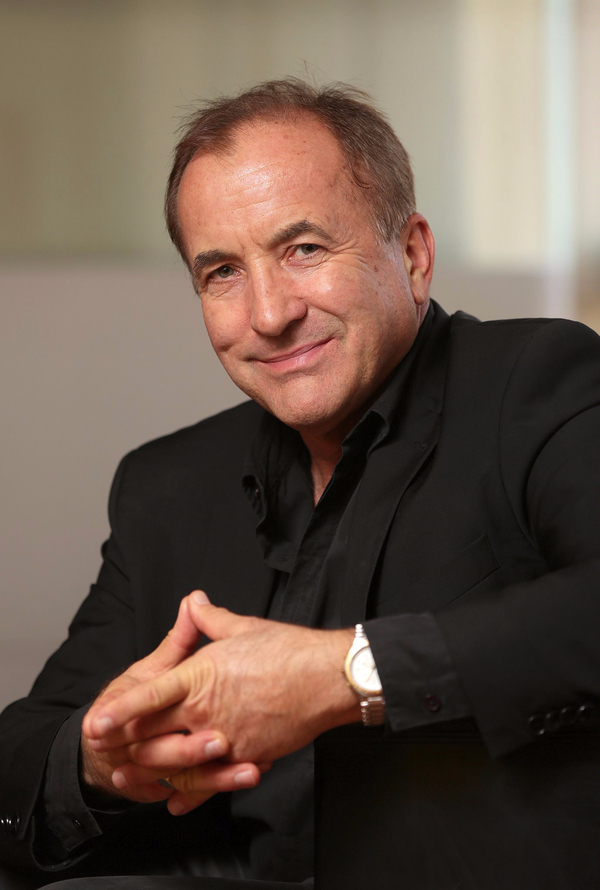 The many and varied beliefs about the afterlife and immortality is why this book’s title — Heavens on Earth — is pluralized, and the Earthly genesis of such beliefs is indicative of their origin in human nature and culture. This book is about one of the most profound questions of the human condition that has driven theologians, philosophers, scientists, and all thinking people to try to understand the meaning and purpose of our life as mortal beings, and how we can transcend our mortality. It is about how the awareness of our mortality and failings have led to beliefs in heaven and hell, in radical life extension and minimal senescence, in afterlives and resurrections both spiritual and physical, in utopias and dystopias, in progress and decline, and in the perfectibility and fallibility of human nature. There are nearly as many ideas about heaven—and heavens on Earth—as there are people who have thought seriously on the matter of what happens after we die and what we can do to perfect life while we’re alive. This transcendence leads to a quest for spiritual immortality in heaven, physical immortality on Earth, and the perfectibility of society here and now.

The luminaries we will meet in this book include: Jews, Christians, and Muslims and their monotheistic ideas about Heaven and Hell, the resurrection of both body and soul, and what happens after we die; Buddhists, Hindus, Taoists and others from the Eastern Wisdom Traditions, including modern spiritual gurus like Deepak Chopra, and their belief in reincarnation and transcendent consciousness for eternal life; secular philosophers and scientists in search of immortality through radical life extension, minimal senescence, anti-aging remedies, cryonics, trans-humanism lifestyles, singularity technologies, computer mind uploading, and other afterlives for atheists; imaginative writers who envision perfect societies; dreamers who attempt to construct utopias; pessimists who dread the decline of civilization; dictators and demagogues who exploit these fears and attempt to rebuild societies in their own imaginary fashion of what a paradisiacal state should be, only to see it collapse after the inevitable collision with reality. Thus do utopian dreams turn into dystopian nightmares.

On this journey we will explore the many ways that mortality and immortality have been imagined; consider who the first people were to realize their own mortality and what it might be like after death; see how souls have been defined and how they might be preserved, resurrected, or duplicated into eternity; examine Near-Death Experiences and reincarnation as evidences of the afterlife; review utopias, dystopias and ideas of progress and decline, and how these ideas shape our thoughts about how we should live. Finally, at the end of this voyage we will consider such ultimate questions as Why are we mortal?, What if there is no Heaven above or here on Earth?, and How can we find meaning in an apparently meaningless universe? There are scientific answers to such deep questions, if we reflect upon them with reason, honesty, and courage.

Dr. Michael Shermer is the editor-in-chief and founder of Skeptic Magazine, a monthly columnist for Scientific American and a New York Times bestselling author of books such as "Why People Believe Weird Things". As a public intellectual he regularly contributes opinion editorials, book reviews, and essays to the Wall Street Journal, Science, Nature, and other publications. He appeared on such shows as Larry King Live and Oprah Winfrey. He is the only person in history to have given four TED talks. Seen by millions, they were voted in the top 100 of the more than 1000 TED talks.